I started playing Genshin Impact just after it came out and I loved it! By far, it is one of the best free to play RPGs I have ever tried. To this day, I try to be active in the game and aware of updates and new characters, therefore if I was going to start to draw something, my first fanart of Genshin had to be Lumine:

Her character design captivated me, she is very cute! In spite of that she isn’t my favorite character or the most that I choose to play, I have a lot of affection to the character cuz with her I started at the beginning (and I played wit her a lot) until I decided try others (I’m sorry Lumine, but I love to play with Beidou and break everything haha ~).

With this fanart, I started to play with a more marked light source and the shadows that it can have on the character (something I hadn’t done before), and trying to color everything looking for a balance between the tones, it was difficult but I liked the final result:

I even followed that same logic in my Amber fanart (I changed the direction of the light source):

If you liked my Genshin Lumine fanart, you can take a look at the speedpaint ~

This illustration was worked completely live on my Twitch channel. You can join my streams, chat with me, ask questions, or just hang out while I draw.

IT MAY INTEREST YOU 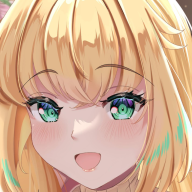 Hello, I'm Hime a self-taught digital illustrator, streamer, blogger, graphic designer and content creator. In this blog, I share my knowledge in Digital Art and all different ways in how to improve your skills.